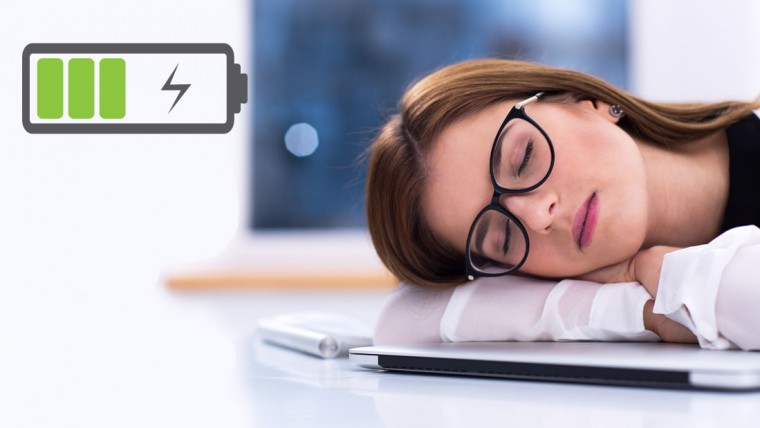 Gone are the days when nappers are seen as lazy.

It turns out that not only are nappers not lazy, but may even know something non-nappers don’t. Like the fact that a certain type of napping has a list of benefits that will shock even the most informed science geek.

But first things first, let’s get into exactly what I mean by “napping,” or more specifically, power napping.

A power nap is definitely not a three-hour siesta to shorten the time between lunch and dinner. Nor is it necessarily even an hour long.

By power napping, I’m referring to a short 20- to 30-minute midday sleep session. I know it doesn’t seem like much at first glance, but trust me, after reading about the benefits of power naps below, you’ll become a believer.

A short nap of around 30 minutes has been shown to improve alertness, productivity, and even reaction times in all kinds of activities.

Naps are so good for the brain and body, in fact, that even NASA has taken notice. One study followed pilots who were allowed to nap for 25 minutes each day, discovering that just this tiny amount of time resulted in better performance and alertness.

The researchers discovered the group that napped had fewer performance lapses, less fatigue, less sleepiness, and were able to insert IVs more quickly.

It sounds like everyone could use a 20- to 30-minute on-the-job nap, but most especially ER staff, pilots, and other professionals who hold lives in their hands.

Power naps have also been studied extensively for their ability to improve memory and learning capacity.

Researchers have discovered that, regardless of your age, power naps as short as 6 to 10 minutes can give you a boost of alertness, promote wakefulness, and enhance learning ability.

On the other hand, napping for longer than 30 minutes has been associated with increased mortality. So take that for what it’s worth and set a timer.

Meanwhile, if it’s creativity you’re after, napping might be your right brain’s best friend. A study conducted at Georgetown University’s Center for Functional and Molecular Imaging found that while we rest, the right hemisphere (which is involved in creative tasks) is actually very busy chattering away to itself.

Researchers theorize this might be the reason for napping’s ability to enhance creativity and learning, but so far this is still just speculation.

If there was a way to reduce your blood pressure and rely less on prescriptions for your heart, would you do it? It turns out you could just by taking daily naps.

Interestingly, another study also found that just the expectation of having an afternoon nap lowered blood pressure.

We often don’t take into account the type of damage that occurs when we become sleep deprived. Not only do we lose focus and become agitated, our body is also affected all the way down to the cellular level.

Researchers have discovered that lack of sleep actually damages cells – and is particularly harsh on cells in the liver, lungs, and small intestine.

Of course, this type of cell damage results in an increase of risk for developing disease. Luckily, the researchers noted that recovery sleep after sleep deprivation heals the damage.

The following is sort of a reverse finding, with researchers discovering that lack of sleep results in a marked reduction in testosterone and growth hormone.

This is also a really important point if you’re looking to burn fat and build muscle, since testosterone plays a giant role in both circumstances.

Aside from being able to reduce blood pressure, as we learned above, napping has also been shown to reduce stress markers and boost the immune system.

According to a study conducted by the Journal of Clinical Endocrinology & Metabolism, napping can reverse the hormonal impact of a night of poor sleep.

This includes restoring biomarkers of neuroendocrine and immune health to normal levels in as little as 30 minutes.

One reason this may be happening is due to norepinephrine levels. Norepinephrine is a hormone and neurotransmitter that plays a role in our “fight-or-flight” response, and is higher in stressful situations.

Of course, almost everyone loves a good nap.

But now, science is backing up this feel-good effect of naps, showing that regular napping actually improves mental and cognitive health. In the elderly, napping may also reduce frustration and confusion, since napping has the power to increase coordination and reaction time in adults. 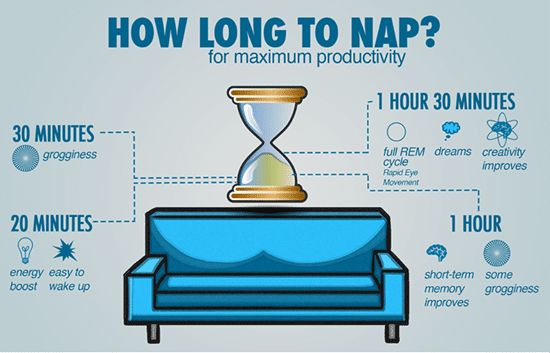 Why Napping is So Beneficial

Interestingly, the benefits we see associated with napping may lie in the fact that researchers still don’t know exactly what the optimal sleeping pattern for humans is.

Take, for example, the fact that 85 percent of mammals (like ourselves) are actually polyphasic sleepers, meaning that they sleep for short periods throughout the day. We humans, of course, divide our days into a split, getting in our sleep at night and then staying awake all day.

Considering the beneficial effects we’re now seeing in nappers, it begs the question whether we’re actually built to have a mid-afternoon siesta.

Regardless, it seems that the benefits of naps are due to making up for lost sleep, allowing the brain and body a few more moments of precious downtime to regulate hormones and improve cognitive function.

How to Power Nap

Ideally, you should aim to take a power nap lasting 20 to 30 minutes (give yourself about 40 minutes total because some time will be spent falling asleep) between 1 p.m. and 4 p.m. If you nap any later than 4 p.m., you could be setting yourself up for a disrupted night’s sleep.

Also, napping for longer than 30 minutes can lead to something researchers call “sleep inertia.” You’ve probably felt it before – extreme grogginess that is almost impossible to shake, even with coffee.

Find a cool, quiet and dark place to sleep so you don’t waste time trying to fall asleep around noise and light. Set a timer if you need to.

Relax, let go of any guilt you might be feeling for taking a nap, and enjoy.

The Future of Naps

Luckily, modern companies are beginning to see the positive effects power naps have on their employees, and are adjusting accordingly.

For instance, MetroNaps, a company that provides “sleep-on-the-job solutions” has been hired by high-profile companies such as Google, and even the Savannah College of Art and Design, to install specially-designed sleeping pods for employees. 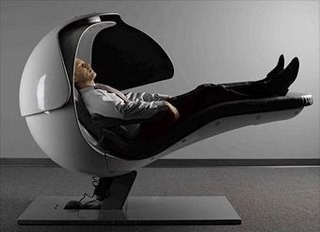 Nap for Your Health

As you can see, carving out 20 to 30 minutes for a daily power nap might be one of the best things you can do.It boosts productivity, alertness, mood, and overall health, especially if you’re feeling sleep deprived.

Get Special 10% off on your FIRST ORDER !! Dismiss